Tiffin’s first volunteer fire company began in 1843. At the time, bucket brigades and horse drawn wagons were used to fight fires. By the 1870’s there were five fire companies, five engine companies and two hook and ladder companies in five wards. The force was made up of 120-130 volunteers.

The volunteer force was replaced with a full time force of eight regular and fifteen minutemen.
The Great Tiffin Fire Conflagration of April 13, 1872 began in the oldest part of the city on the Fort Ball/ Oakley side of the river. April 13, 1872 was a warm, very windy day (gale force) in a northeasterly direction. It began on the North West corner of South Sandusky Street and Miami Street (where Tiffin University is now located). It is believed to have been caused by a candle-making project where a spark ignited the roof, but owners insist it started by a discarded cigar or ashes.

Engine Company #3 was just a mere 100 yards from the fire and there was a fire cistern in front of the fire house. By the time the volunteers arrived, fire was spreading all down the north side of Miami Street. Twenty minutes after the first alarm, fifty buildings were blazing. Fire cisterns were pumped dry, so they used the river to pump water to the fires. In all, the Great Tiffin Fire of 1872 devoured 70 buildings and damage of over $90,000 in property which was a very sizeable sum in the 1870’s.

In 1917, the city council contracted with the Tiffin Wagon works to come up with a motorized chemical hose truck. Cost of the truck was a whopping $1850.00! This truck is still in the Tiffin area and locally owned.

Tiffin EMS- On November 17, 1966 an ordinance was passed which created a Department of Ambulance Service. July of 1975 saw the beginning of a first run ambulance and its crew put into service at the #2 station on North Washington Street and Second Ave. As a companion to the move, the ordinance establishing the Department of Ambulance was abolished and a new ordinance introduced and passed which placed the ambulance service within the fire department as a third service and established rates for various types of service.

October of 1988 saw the Tiffin Division Ambulance begin providing the city and surrounding townships with the first paramedic services. In 1997 the Fire Department and Ambulance Service merged to form the Tiffin Fire/Rescue Division. All personnel were cross trained as firefighters and Emergency Medical Technicians.

More Information on the history of the Tiffin Fire Department can be obtained at the Tiffin-Seneca Public Library. Excerpts were gathered from the “History of Tiffin Fire Dept., 150 years” written by Richard Steinmetz former Deputy Chief. 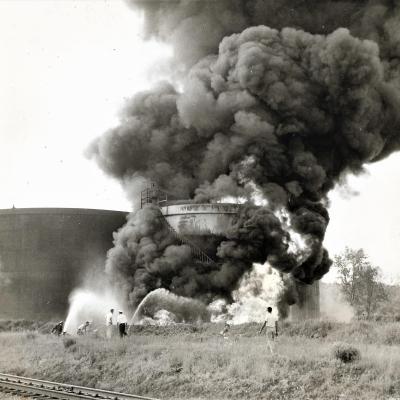 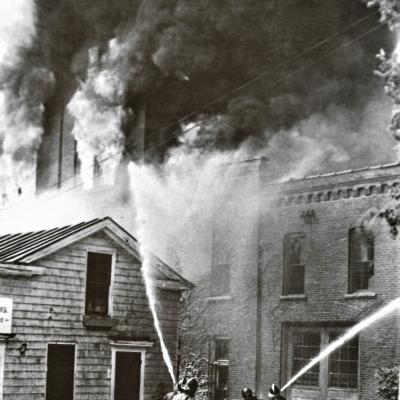 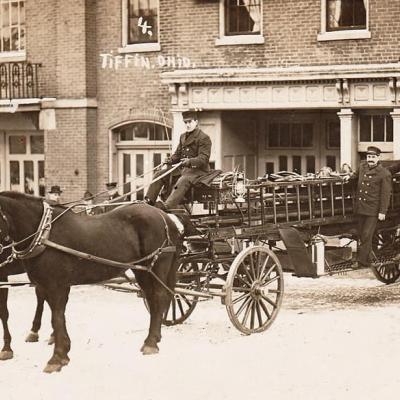 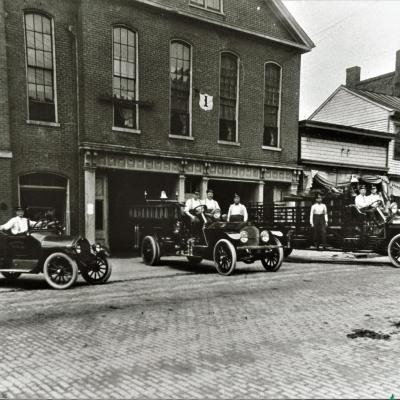